The Regional Rail Link Authority appear to consider themselves above the law.

Despite not having a permit from Heritage Victoria to make any changes or have any impact on the McKay Memorial Gardens, this morning they have commenced works next to the northen edge of the garden, damaging the roots of one of the Garden’s mature trees.

Workers on the site said they were not aware they were impinging on a heritage listed site and when asked about the damage to the tree they said it didn’t matter if that tree was killed because “it’ll probably go anyway”.

A rather cocky attitude from RRL, one that assumes they will not have their Heritage Permit refused or subject to changes in their proposal.

Looks like Minister Terry Mulder has given them rule to do what they want – why isn’t Dept of Transport overseeing this appropriately? 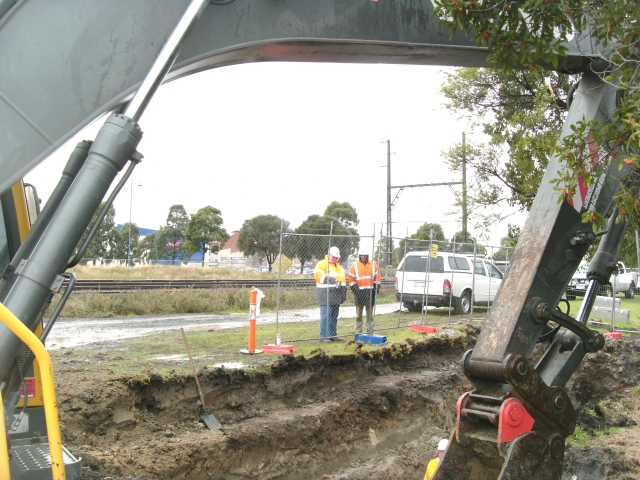